This is a repost of the Navarro Parker interview article that was published on Aescripts. 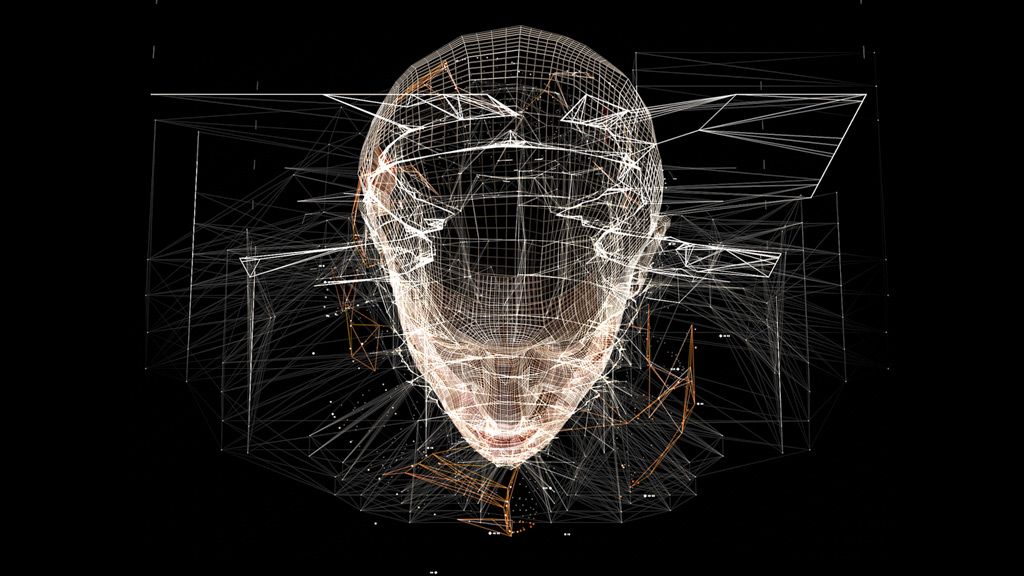 When a cutting-edge computer visualization of James Bond's head was necessary Navarro Parker and Bradley G Munkowitz (aka Gmunk) were called to do the task by MPC Los Angeles. MPC were commissioned to create the spot for Wieden + Kennedy in collaboration with RSA Films London. We were lucky enough to score an interview with Navarro about his process and life in general. Enjoy. And don't miss the awesome graphics breakdown from MPC at the end of the interview.

Please tell us a little bit about yourself.
I've been doing Motion Graphics for almost 15 years. I've been an AE user since AE 2.0. I got started with broadcast graphics then moved into doing screen graphics for films. I've worked on over 10 ten major blockbusters like Transformers, Iron Man, Hancock, I am Legend, Avengers and just recently wrapped Oblivion.It's a blast, but it's also crazy hard work at times. But I love, love, LOVE screen graphics! Mark Coleran is a total hero and idol to me!

How did you end up doing screen graphics for movies?
It was kind of accidental. I left San Diego and returned home to Kansas for family reasons. I came across this studio in Kansas that was working on Spider-Man 3 and Transformers. I was very surprised to find out that they were contracted by a company in LA to do screen graphics for on-set playback. So I started working there and got my experience. A few years later I got an offer to work on the Avengers movie so thats when I moved to LA.

How did you end up working for Skyfall?
I heard they originally approached Mark Coleran, but he wasn't available for it. This sounded like such a kick-butt project that I contacted MPC and let them know of my interest. Because of the scope of the project, MPC also brought in Gmunk (Bradley Munkowitz) as a design director. 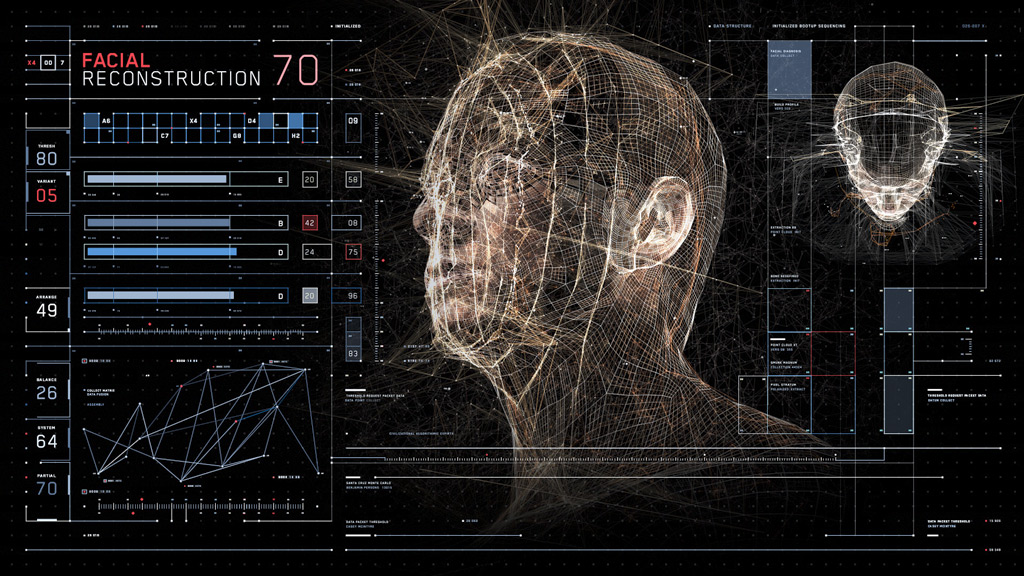 Please explain the creative process on this job?
This project had many executive layers, even though it is primarily for Sony, the Broccoli family and many teams from Skyfall were involved in it. To facilitate the process we rendered a bunch of test animations to show how these Sony products would work in the ad. Like the thermal images, image reconstructions etc. 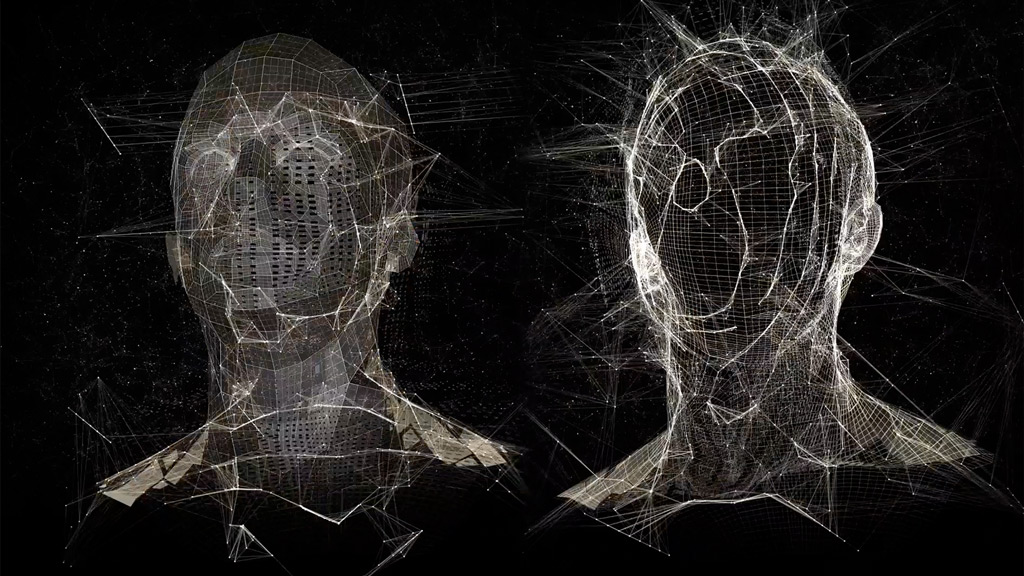 So at what point of the creative process, did Plexus come into play?
I heard about it and played around with it a few times. But you know, you get so busy with real everyday work, it's hard to find time to experiment with new software — especially if it has a steep learning curve. But stepping into Plexus was a breeze because it acts a lot like the tools I already know. There are other ways to do it, but Plexus worked great to create many different iterations and it renders really fast. Because of its speed, we were able to experiment with lots of variations of effects. We'd show people around the office some of our tests, and they loved the results. The Cinema 4D integration was amaze-balls because I could do a lot of things and then feed them into Plexus to create super rad designs. It renders amazingly fast. The renders are really clean and free of jaggies. It's very interactive and just crazy fun to play with. 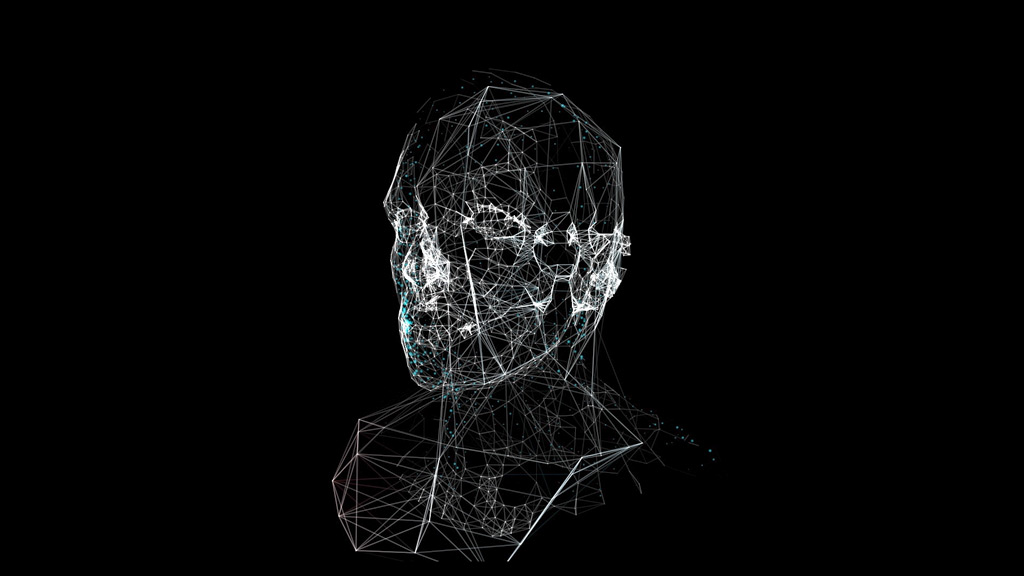 What do you think about the Cinema4D integration?
Plexus feels like it is built for a Cinema4D user, especially the workflow and its use of effectors and objects. It spoke the Mograph language of Cinema4D so it was really easy to get started and really easy to integrate them both in the design process.

What software programs did you use?
The screen work was done in AE and C4D. With some hand-done match moving done in Maya to drive some 3D geometry that was fed into Plexus. Finally it was composited in Nuke and finished on Flame.

How long did the whole project take?
The whole project took around 3 months, so we had enough time to go through different iterations. Sometimes its more important to know what you don't want than what you want. It also allowed us to spend time with each screen and really flesh out the details.

How did you track objects/people in the machine vision?
It was a simple setup using very low-poly 3D models. That was exported as an OBJ Sequence out of Maya. Some cleanup was done in C4D and then imported into Plexus. The model for Daniel Craig's head was a 3D scan that was provided to us by MPC London. I used the Boole objects extensively in Cinema4D, to control the visibility of particles in Plexus. 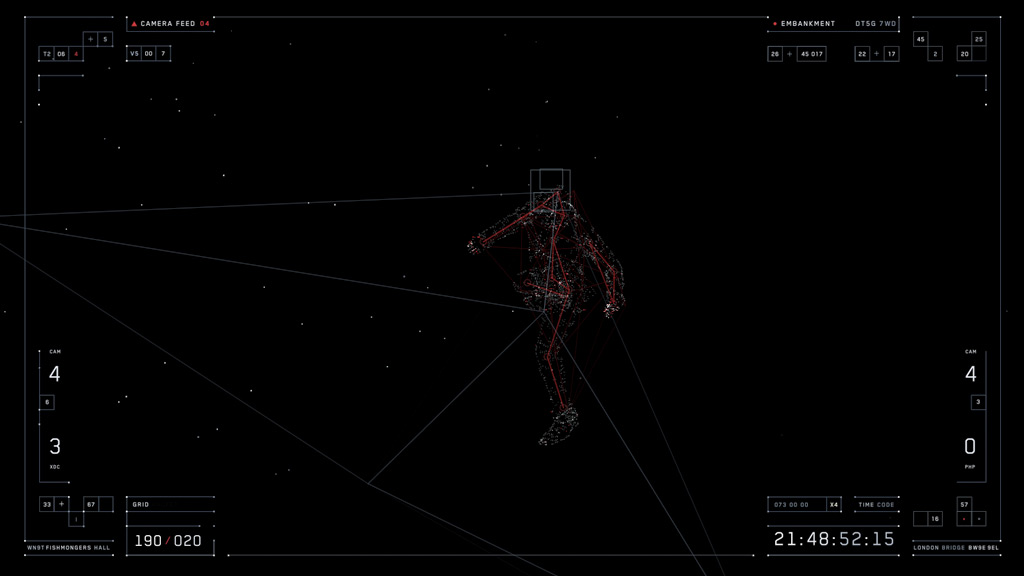 What do you think about Plexus v2?
Plexus v2 came out a week before we wrapped up the project! It killed me that we couldn't use it for this project. I've used v2 since then and it's fantastic! A definite must have for my next big project!

Thanks a lot Navarro and keep up the killer work!